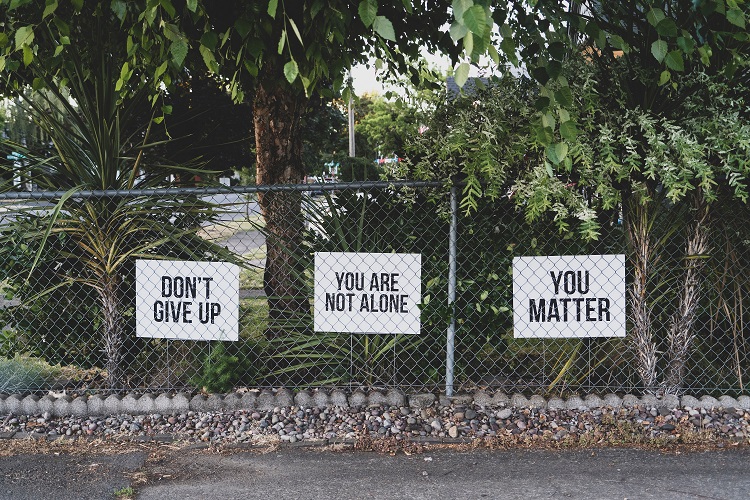 Every five hours in New York State one person dies from suicide, according to the American Foundation for Suicide Prevention (AFSP). Nine out of ten people that commit suicide had been previously diagnosed with a psychiatric disorder, according to a study done by the Center for Suicide Research. While depression is not the only known cause for suicide it is one of the most common. Depression does not discriminate when it comes to who can be affected, which is why we have to be vigilant when it comes to identifying and knowing how to talk about depression and suicide. I would say as we all know mental illness is not something to be ashamed of, however the stigma that comes with having mental illness is still one of the biggest barriers plaguing this county. Many people still do not seek help out of embarrassment, feeling weak or less than. In an effort to get the dialogue started, September has been deemed Suicide Prevention Awareness Month. Below are some identifiers, strategies, and resources that can be used to help those members struggling.

There are many signs of depression and suicidal thoughts, some including: aggression, excessive sleeping, withdrawal from others, expressing hopeless feelings, increased drug and alcohol use, working excessively, appetite or weight changes, etc. Although many people exhibit signs there are those that do not, which is why discussion is crucial.

Talking about the triggers for members already diagnosed with depression is extremely important. This will allow the member to reflect and also come up with a plan for what to do when feeling triggered.

Establishing a support system within the individual’s circle. This support team should include family, friends, providers, care managers, and anyone in the member’s life that is there to help the member succeed.

Communicating with the member in an understanding and calm manner makes a greater impact than being dismissive and closed-minded. Listening to their concerns and showing their feelings matter is key to keeping someone open to trusting and receiving outside help. These individuals just want to be heard and showed someone cares.

The National Suicide Prevention Lifeline is open 24/7 365 days a year with both English and Spanish speaking representatives that can be reached at 1-800-273-8255. The AFSP has support for those that have been affected by suicide. To find local support please visit their website. There is also a Crisis Text Line available 24/7. The line is confidential and you are able to communicate with a trained counselor. For this resource text HOME to 741741.